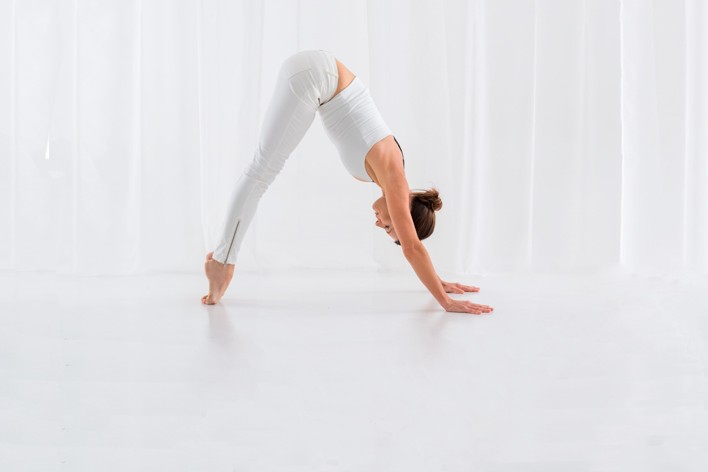 Melissa trained as a dancer at the University of Adelaide, where a fellow student had had some experience with Pilates and noticed a significant improvement in the quality of their work. Melissa then began to do some work with Nicole Vass, one of the very few people in Adelaide at the time who was able to provide access to any specialist Pilates equipment, but when this became no longer possible, Melissa sought other ways to improve and develop her understanding of the Pilates Method.

Traveling to London in the early 1990s, Melissa was fortunate to be able to study with Alan Herdman, who had established the UK’s first Pilates studio in the 1970s. Herdman had previously worked in the US with Carola Trier and Bob Fitzgerald, two teachers who had been trained by Joseph Pilates himself, and so in her mentors and teachers, as well as her philosophy and outlook, Melissa is able to trace a direct line back to the founder of the Method. This means that Melissa’s work has an authority and authenticity that few others can match, and undoubtedly makes her Adelaide’s most well-qualified practitioner in the field.

Returning to Adelaide, Melissa established her first studio in 1993 on Goodwood Road, with the assistance of the New Enterprise Incentive Scheme, before moving to her current premises on King William Street in 1995, the first specialist and fully-equipped Pilates studio in Adelaide. Initially with a client list of about 30 people, the Melissa Laing Pilates Studio now works with upwards of 200 people a week.

Melissa has also been an important innovator in the field of Pilates instructor training, and there are more than 40 instructors in Adelaide whose initial training was with her. Part of the reason for Melissa’s success in teaching other teachers is due to the fact that when she began, there were no other qualified teachers in the city, and so it fell to her to develop the means by which prospective instructors could gain the requisite training and knowledge.
Teaching other teachers remains a fundamental part of Melissa’s mission, and the number of people wanting to learn more about becoming a Pilates instructor continues to grow, due in no small part to Melissa’s widely-acknowledged expertise and the quality of the programmes of study she has created and developed.

Pilates is no longer confined to the dance world – today people from all walks of life undertake Pilates classes to improve and develop their physical and emotional well-being. That Pilates is now so widely accepted, and is so accessible, in Adelaide is largely due to Melissa Laing’s pioneering work and her dedicated efforts to create and develop quality training programmes for other Pilates teachers.